Red, blood, soil, Adam – the play on word is clear in Hebrew. Since Red is “Adom” and Soil (Dust, Earth) is “Adama”, some scholars believe that in the beginning the color of the earth was red, due to its richness and fertility. Hence “Dam” (blood), and of course “Adam”, who was created from this red earth. 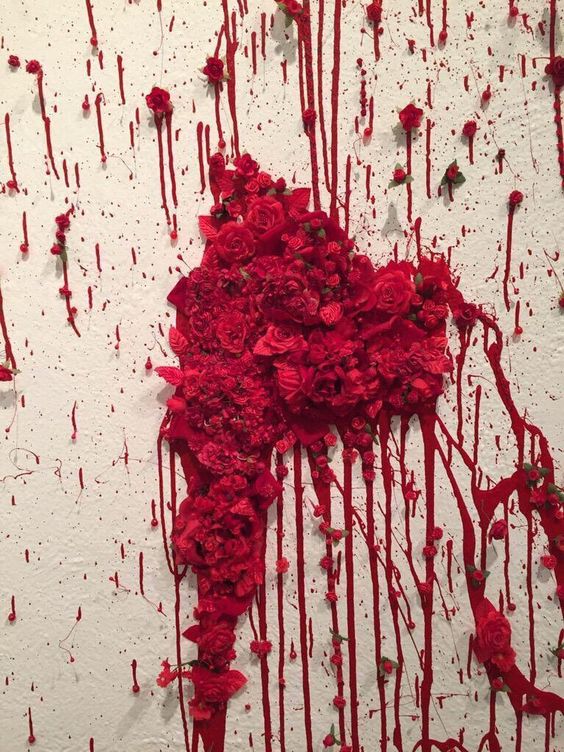 For the life of a creature is in the blood, and I have appointed it to you to make atonement on the altar for your lives, since it is the lifeblood that makes atonement. (CSB)

Apparently, our very soul is in the blood. What a mystery! After all, blood is tangible, while the soul is abstract. The word “soul” is not always accurately translated in English. For some reason it sometimes appears as “life”, or “a person”. I went through my entire Bible and marked all the verbs attached to this noun: the soul is the part in our being that sins, hurts, loves, being poured out in prayer, grieves, vexes, wills, and much more.

But this mystery, i.e. that the soul is in the blood, actually does make sense. After all, it was perfect blood that had to be shed in order to cover our brokenness, our sins and our hurts. It was not enough to just sacrifice a heart, or kidneys or some other organ that is usually considered to be the seat of the human soul. No, blood had to be poured out.

The Voice of Blood

Let’s go back to the very first sin. Why did God curse the earth, the soil, and not just the sinners? Adam was created from the earth, and was destined to cultivate and maintain it. After the fall, that earth brought up useless plants, and Adam had to invest much work to bring forth enough harvest to sustain his household.

The second sin in human history resulted in an unusual declaration God makes: “Your brother’s blood cries out to me from the ground” (Gen. 4:10. NIV), He said to Cain.

The first sin brought a curse upon the earth and the destruction of harmony between it and man. The second sin, that of Cain and Abel, made things even worse, as it contaminated the soil with blood, and uprooted Cain from the soil he was born to cultivate. No more continual dwelling. Cain switched into a lifestyle of a nomad. What a punishment for a farmer, that was now compelled to change his vocation. The Bible doesn’t tell us, but perhaps he became a shepherd, and started keeping the flock of the brother he did not keep? Just a thought. Much like most of this blog; different thoughts about blood, humanity, and land.

Later on Cain builds a city (Gen. 4:17). This was another step furthering the disconnect between man and land, as building a city means surrounding oneself with a wall and structures, instead of nature. The disconnect just deepened  from one generation to the other, to the point that nine generations after Adam, in the days of Lamech, the earth was considered cursed (Gen. 5:28). Then came the Flood, which not only destroyed all of mankind save Noah and his family, but also demolished everything man has built and cultivated upon it. 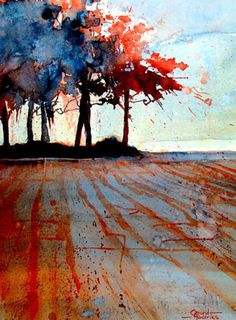 A Soil Defiled by Bloodshed

Why is it that God cannot bear blood being shed over soil without covering it? I wonder if its the same with any type of soil around the globe, or only when it comes to the soil of the Promised Land…

He commanded Israel to let its soil rest every seven years. No other nation was commanded to do so with their land. And when we were not careful to observe this commandment, He had uprooted us, so that it can rest (Lev. 26:34-35).

So, why does a soil need to rest anyhow?

Than there is the whole set of regulations concerning blood vengeance. How does the shedding of more blood, of another soul, cover for blood that was already shed?

Blood vengeance was not designed to remove the violent person from society in order to prevent the next murder, as is done by the modern prison systems. It was designed to take care of the murder that had already taken place, which goes against everything we esteem in our western minds.

The OT provides a solution in case the identity of the murderer was unknown. The closest town to the place where the body was found was to be determined. Then, the elders of that town were to take a heifer that has never been worked, bring it down to a flowing stream and to a field that has never been plowed or planted, and there break its neck (Deut. 21:1-9). Oy vey!

Why was it so important that the heifer’s life be taken in a field that has never been plowed or planted? According to the Mishna, once the heifer’s blood was shed, that soil was forever forbidden to be cultivated and used for agricultural needs.

A Destiny Connected To a Soil

So why does the earth itself need to be redeemed?

Rejoice, you nations, with His people, for He will avenge the blood of His servants; He will take vengeance on his enemies and make atonement for His land and people (Deut. 32:43).

What is the connection between the soil of Israel and the destiny of the Israeli people? Could we have realized this destiny and fulfilled it apart from this piece of Land, without living on it? Or can that eternal destiny be awaken in us only when we walk the Land through and through, cultivate and protect it? Is that why God first brought us back here and now He is bringing us back to Him?

In Genesis 2, where the word Adama is first mentioned, we are commanded to work and toil it. The Hebrew word used here is the same one used to worship and serve God. The root is AVD – עב”ד.

The fruit of your womb will be blessed, and the crops of your land and the young of your livestock – the calves of your herds and the lambs of your flocks (NIV).

This week Israel commemorates two major events in our modern history: the Holocaust, and the casualties of wars and terror attacks. All throughout Israel, flags will be lowered to half mast, the siren will be sound and we will all stop what we are doing and focus on our national mourning. So much blood has been shed on this soil, it is saturated in blood.

As Memorial Day will end, the flags will be raised up high. We will all find a technological way to celebrate the birth of the kingdom of Israel for the third time, 72 years ago, through the bloody price of death toll.

Does Israel Have a Soul?

The Bible often refers to Israel as “she” – a woman whom God had found, washed, cleansed, than betrothed and as her dowry gave her a piece of Land for an inheritance. She later betrayed Him, and was punished. And now she is a widow, not because she does not have a Husband, but because she does not recognize Him as such.

God of course promises to restore her from her widowhood (Is. 54:4), not just spiritually but also physically, back in her land (“Adama”). This process requires so much repentance and cleansing.

The Blood of The Innocent

Since the establishment of Israel as a nation, we have killed more babies than Nazi Germany did. Can you believe it? We have so much blood on our hands, and have defiled this land with so much blood. The Corona season has led many in the local body into repentance, especially regarding abortions. For the first time, to the best of my knowledge, Arab and Jewish women met together (via zoom, of course) to address this issue. 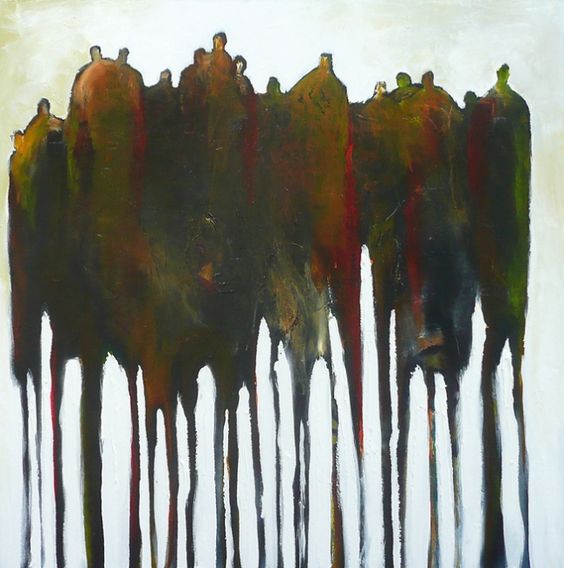 As we cleanse our hearts and stand in the gap for our people’s groups, we find the faith to see this land open her belly once more, this time not in order to swallow more blood, but to bring forth a harvest that will stem out of purity and will not thirst for more bloodshed.

I like the way my friend Briskilla describes it: “The Lover of our souls had shed His Soul into the soil. His sound echoes through it and starts replacing the cry of the other bloods that were shed. It brings forth from the belly of the soil a completely different kind of harvest – a Bread of love and obedience”. 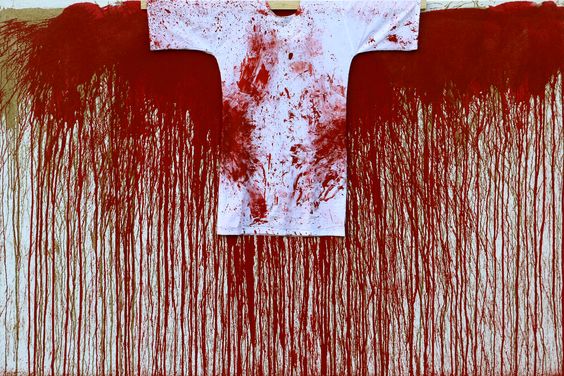 * To find our previous posts on Holocaust and Soldiers and Terror Victims Memorial Days, check out our posts index