This is somewhat of an awkward post. But since it sits deep in my heart, I think I should give it its right to exist outside of me.

Something special happened to me last weekend, during a women’s retreat in Israel. At some point, while we were worshiping, I felt a new place opening within me. A deep and bottomless well, covered with an ear. A beautiful, gigantic, baby-like human ear, lying horizontally, and covering the opening of the well. It is an attentive ear, absorbent and able to contain and hold everything.

My natural ears are limited in their ability to absorb impressions and stimulation. They sift the noise and voices around me, and transfer information to my brain, which is so quick to categorize and store whatever it can take. Everything else is thrown away. These limitations do not apply to my inner ear. This one can gather an abundance, for it sits on an enormous well.

One of the first things God said to me when He invited me to join His kingdom was based on Proverbs 3:5-7: “Trust in the LORD with ALL your heart, and lean not on your own understanding. In all your ways submit to him, and He will make your path straight. Do not be wise in your own eyes; fear the LORD and shun evil.”

At first, He spoke it gently: “Please, Orna, do not lean on your own understanding. Let me guide you in all your ways.” But with the years, the statement became more forceful, for I tend to lean on my own understanding and abilities before I look unto Him. I sift, categorize, try to figure things out before I say “yes” or recognize that it was the Beloved of my soul who was speaking.

Now I am in the process of learning to listen through this new huge baby ear. The realization that its there was sudden, but it is in fact a culmination of a long process, in which I have learned to invite God to sit on the throne of my heart, and understanding, and ways, and wisdom and my limited level of fear of the LORD.

Over the years God has indeed led me in learning how to study and teach His Word. He equipped me to counsel the weary and the broken hearted, to open my ears in the morning and heed His teaching. And now, to paraphrase V. 5, He has opened within me another kind of ear.

It’s challenging, I have to admit. Especially when I read the rest of this portion in Isaiah. It is challenging to not rebel or move backwards, veer off to the usual ways in which I attempt to figure out how He works, what He is saying to me, where is He right now…

Purim is here, and one of the symbols of this feast are a treat dubbed Ozney Haman (Haman’s Ears). It’s a somewhat repulsive name for a cookie that is supposed to be so delectable. The name is a distortion of its Yiddish name. MOHN is poppy seeds, and TASCHE means pocket. Hamantaschen are pockets of dough filled with poppy seeds. Yep, they have nothing to do with the same Haman mentioned in the book of Esther. But the shape of the cookie, the Yiddish name that resembles Haman, and the traditional filling of poppy seeds… well, I don’t want to spoil your appetite.

Some historians believe that the custom of eating Hamantaschen is a result of the ancient practice to cut off criminals’ ears. After all, who knows? Maybe Haman’s ears were cut off before he was hung? At least that’s what the Talmud claims (Megillah, page 16).

Others say the custom has its roots with another Haman, a different enemy of the Jews who lived in Frankfurt, Germany. This one was a baker who dubbed himself as the “new Haman”. In 1615 he headed a pogrom against the Jews of Frankfurt, which led to their exile from the city. They wandered in great poverty for six month, until he was arrested and they were allowed to return. The baker was executed in the town square, and apparently, before he was beheaded – his ears were cut off.

Other surprising explanations have to do with the triangulated officers’ cap, much like the one worn by Napoleon, and the possibility that Haman the Agagite wore a similar hat. 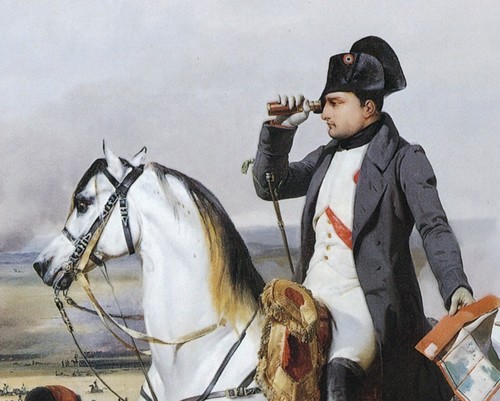 Another explanation states that the custom of eating these cookies is borrowed from the Christians, who used to eat stuffed triangle shaped cookies on the Friday before Easter. These cookies were called Judas’ Ear, and were shaped like a mushroom. The story behind was that on the tree upon which Judas Iscariot hung himself, grew a mushroom shaped like an ear. It is possible that the Jews in exile decided to turn the custom around, and due to its proximity to Easter, they chose to ascribe the triangulated cookies to one of the greatest enemies of our people, and make it abundantly clear who’s the real victim here.

One way or another, it is a delectable treat with appetite-destroying stories associated with it. We have turned the custom of eating these cookies into tradition, though they have nothing to do with the story of the book of Esther. Like that should stop us from kneading dough and fixing fillings, or making a quick trip to the nearest counter and filling our mouths with sweet dough? I counted: there are 166 steps from my house to the nearest bakery!

This blog is not about folklore, but about the restoration of Israel from her blindness, deafness, the fat around her heart. In line with this post, I’d like to recruit you to pray for our ability to listen and hear as a nation. God spoke to us with voices and lightning on Mount Sinai, and even though Jews believe that since the prophet Malachi, His voice has not been heard from heaven, He still speaks in many ways to this very day.

The abundance of blessings He bestows upon us does not necessarily open our ears and direct us to Him. Sadly, in many ways it only strengthens our leaning on our own understanding, on our military force, on our own abilities and wisdom.

As the Corona virus spreads worldwide, it becomes harder to travel and gather together. One of the immediate effects is on congregational worship. Should we avoid large meetings, or continue with our routine? We should not act out of fear, but where does the fine line between fear and caution lie? There are many aspects to the Corona frenzy. But it can also have some good sides, if you choose to use this challenge as a training season. Here is an opportunity to collectively practice our “SHEMA” skills and sharpen our ability to hear the Lord. We have an opportunity to adhere to His guidance in a way that will breathe life and courage into our surrounding, in the midst of paralyzing fear at times. I have a feeling that this is a skill we will all need at some point.

Please, Oh Lord, have mercy on our nation. Awaken our ears individually and nationally and give us a heart that is able to receive instruction, listen and learn. Soften our hearts so that we will recognize your voice. Give us an ear that yearns for your voice through the night, and hungers for it in the morning, so that we may fulfill our calling to bring your Word forth, shine your light and advise the weary.

You have paid the full price for this ear to open, but we were deaf enough to not recognize you. Your Faces have been hidden from us for centuries, to the point that even when you walked in our midst, we did not realize who you are.

Father, you are so hidden in the book of Esther, not even mentioned once. Yet it is so clear that it is your mighty hand pulling the strings behind the scene. Yeshua, reveal your Jewish Face to us. Our ears have been dull, and our eyes closed for centuries (Is. 6:9-10). But we ask you to turn things around and help us sober up and utilize our listening ability to the fullest.