In light of all the diplomatic developments and the great historical hour, as it is being dubbed, what do Netanyahu and Gantz have left to do, except band together and advance this Deal of the Century?

Did Trump, knowingly or not, created a situation in which Netanyahu and Gantz can unwind themselves from the choke hold of the party association they have created for themselves from the left and right of the political map in Israel, and actually unite? Have Trump and Kushner managed to accomplish what two surreal elections, with a third one coming up, have not been able to? That is – uniting the two central blocks in both the left and the right wings of the political map in Israel, and launch the 2020 version of the Oslo accord?

Truth is I am not that familiar with all the details – neither of the Oslo accord, nor any of its offspring, whatever their names are, including this latest one, the Deal of the Century. In its most basic form, I see no significant differences between all these deals. Except for the color of the maps, that is. I guess that’s a matter of style – after all, I used to like pink once too.

Are the differences between the Deal of the Century and its precedings (going all the way back to the very first Plan of Partition the UN came up with in 1947) really that significant? As a business man, Trump addresses the issue from a business perspective and is focusing on the financial gain of both sides. He keeps saying that Jerusalem will not be divided, yet the details clearly show that it will. They’re just not going to call it division or partition, but rather use some other phraseology, and create big parts of it underground, so that it will look as connecting roads and not as a division. Brilliant!

I did not start this blog to focus on politics or trivia, but on the brokenness of Israel and its transformation from a Widow and bereaved nation into a Mother-nation, on her way to become a Bride; and also on the recruiting of “Ruths” alongside “Naomi”. This is my passion and my calling, until that day when we shall see this nation dwelling in peace and tranquility under the vines and fig trees of “Boaz”, as she returns to her pre-destined purpose – to be a teacher, a light, and salt to the nations.

Fill Up Your Quivers

So… precious readers, let me ask: what is it that normally lights a fire in your hearts when you hear about events concerning Israel and the nations? Is it the End of Times? The division of the Land that God has promised His people? Righteousness versus corruption in the Israeli society, affecting even our top leaders? Perhaps the next elections? Or maybe it’s humanitarian issues: our treatment of the Arab population and foreigners who live among us, holocaust survivors, orphans, widows, the believers in Yeshua?

It is time to arm ourselves with sharp arrows from the Word of God – with verses that clarify what God has to say regarding any of these subjects, and start shooting them at the target through faith-filled proclamations. For these arrows of truth will not be put aside until someone comes up with another version, adorned with just the right colors and shades. They will not return void, but will do what they were designed for in the mind of the God of Israel. 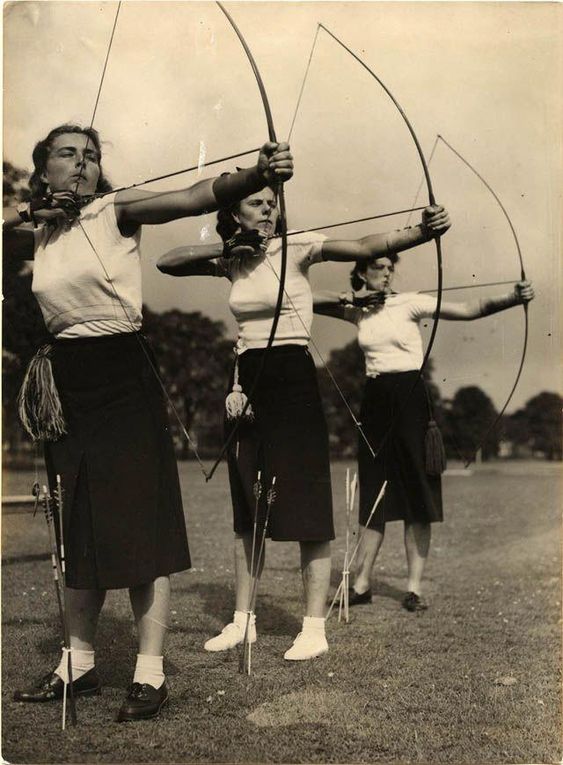 Here are a few examples of the arrows found in my quiver. Feel free to borrow these, or come up with your own:

This is what the Lord says: “As for all my wicked neighbors who seize the inheritance I gave my people Israel, I will uproot them from their lands and I will uproot the people of Judah from among them.  But after I uproot them, I will again have compassion and will bring each of them back to their own inheritance and their own country. And if they learn well the ways of my people and swear by my name, saying, ‘As surely as the Lord lives’ – even as they once taught my people to swear by Baal – then they will be established among my people. But if any nation does not listen, I will completely uproot and destroy it,” declares the Lord (Jeremiah 12:14-17).

And afterward, I will pour out my Spirit on all people. Your sons and daughters will prophesy, your old men will dream dreams, your young men will see visions. Even on my servants, both men and women, I will pour out my Spirit in those days. I will show wonders in the heavens and on the earth, blood and fire and billows of smoke. The sun will be turned to darkness and the moon to blood before the coming of the great and dreadful day of the Lord. And everyone who calls on the name of the Lord will be saved; for on Mount Zion and in Jerusalem there will be deliverance, as the Lord has said, even among the survivors whom the Lord calls (Joel 2:28-32).

But I will spare some, for some of you will escape the sword when you are scattered among the lands and nations. Then in the nations where they have been carried captive, those who escape will remember me – how I have been grieved by their adulterous hearts, which have turned away from me, and by their eyes, which have lusted after their idols. They will loathe themselves for the evil they have done and for all their detestable practices. And they will know that I am the Lord; I did not threaten in vain to bring this calamity on them. This is what the Sovereign Lord says: “Strike your hands together and stamp your feet and cry out ‘Alas!’ because of all the wicked and detestable practices of the people of Israel, for they will fall by the sword, famine and plague. One who is far away will die of the plague, and one who is near will fall by the sword, and anyone who survives and is spared will die of famine. So will I pour out my wrath on them. And they will know that I am the Lord, when their people lie slain among their idols around their altars, on every high hill and on all the mountaintops, under every spreading tree and every leafy oak – places where they offered fragrant incense to all their idols. And I will stretch out my hand against them and make the land a desolate waste from the desert to Diblah – wherever they live. Then they will know that I am the Lord (Ezekiel 6:8-14).

And free those who all their lives were held in slavery by their fear of death (Hebrews 2:15).

Restoring Israel from her widowhood:

The Lord will call you back as if you were a wife deserted and distressed in spirit— a wife who married young, only to be rejected,” says your God. “For a brief moment I abandoned you, but with deep compassion I will bring you back.  In a surge of anger I hid my face from you for a moment, but with everlasting kindness I will have compassion on you,” says the Lord your Redeemer. “To me this is like the days of Noah, when I swore that the waters of Noah would never again cover the earth. So now I have sworn not to be angry with you, never to rebuke you again. Though the mountains be shaken and the hills be removed, yet my unfailing love for you will not be shaken nor my covenant of peace be removed,” says the Lord, who has compassion on you (Isaiah 54:6-10).

Hear the supplication of your servant and of your people Israel when they pray toward this place. Hear from heaven, your dwelling place, and when you hear, forgive (1 Kings 8:30, ff).

In righteousness you will be established: Tyranny will be far from you; you will have nothing to fear. Terror will be far removed; it will not come near you (Isaiah 54:14).

3 thoughts on “A Historic Hour”