Gilead – good Heavens! The curves, the colors. Jordan turned out to be so much more than I expected. As we headed up north, crossed Aman and traveled through the mountains of Gilead, I fell in love. With the people, the view, the geography. It resembles the northern part of Israel, but so much more dramatic. And it is surprisingly green and flourishing. In many ways it felt like home.

Wild wheat fields everywhere reminded us the season we were at – the eve of Shavuot, Pentecost. And that modern Naomi is still trying to find her ancient path back.

Come Here, There Is Room For All Of You

Majd (alias), a 26 year old Moslim, who manages the hotel where we stayed, exemplified the true heart of loving hospitality.

When he found out I’m an Israeli Jew, he expressed his love with such gentle care. “I listen to the news,” he told me, “and I hear how often you fight over land there. Come here,” he exclaimed as he stretched out his hand through the open door, pointing towards the barren hills of Gilead, “there is enough room for all of us.”

When Majd found out about our journey through wheat fields, he wanted to show us the traditional methods of grinding and baking. Since we had no time left for that in our schedule, he brought me a large bag of freshly ground flour. 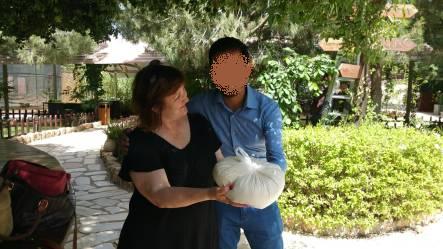 Magd’s gift of flour made it all the way across the border and into Israel.
My usual sensitivity to gluten did not apply in Jordan.
I enjoyed their bread, made of wild wheat, without reacting to it

On their way into the Promised Land, the Israelites planned to cross Moab, but were not allowed, which lengthened their wondering in the desert. As a result, God declared a punishment over Moab (modern Jordan):

Majd had no idea that he was a “sign” of the braking of the curse pronounced over Jordan thousands of years ago. But we did. He welcomed us, me, with bread and fruit and a bonfire in the evening, and much tender care.

Ruth, in her tender care of Naomi, reversed that curse when she provided grain and bread to her mother in law. Majd was another confirmation of that.

Jordan On a Tray

Some of the local believers we met have gone straight into my heart. The simple, humble, warm attitude knocked on a door deep inside me, a door that longs for a family embrace. At one point, after opening one more bag of gifts (I was showered with gifts all along the way), I could not contain it anymore. The only thing I could do was cry. 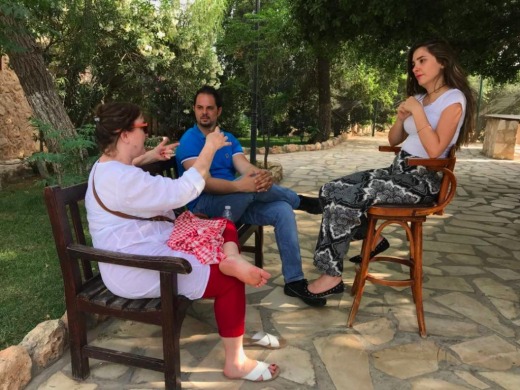 I felt like Jordan was given to me on a tray. “What am I supposed to do about it?” I wondered. I traveled to Jordan to find the ancient path for Naomi, for Mara, so she can heal from her bitterness and return to the House of Bread as a pleasant bride. And on the way I realized I am recruited to a task that have never crossed my mind before. 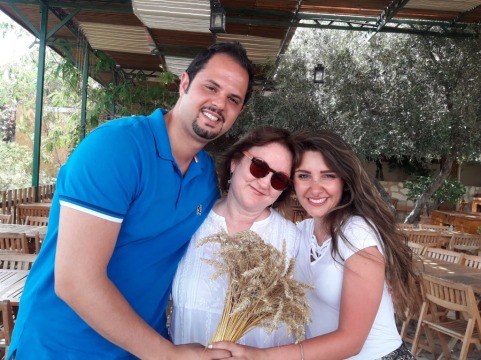 “Orna, you are welcome to Jordan,” said the local couples who met us for lunch, and probably had no idea how deep every word of that common blessing went inside me.

Rima (alias) did not know much about the purpose of our journey and the mission God has given us. Thus, her impression of our first meeting served as one more confirmation for what was already taking place inside me. She later told Priscilla: “I felt that Orna would become a strong mother for Arab women. Many Arab women will come to her chest and will cry and she will cry with them. She may not have anything in her hands, but she will pray with them and love them… When they will cry with her, they will be healed. She is a very good mother for our nation.”

Her husband commented later: “I felt like she brought healing with her for our land and for the two nations. She is a woman of authority. She will make a breakthrough in the land because of what she is carrying in her spirit for both nations.” 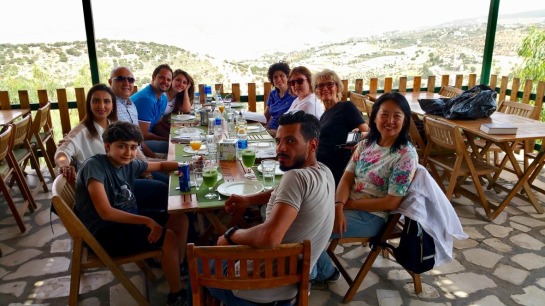 As the afternoon sun was moving towards the west, we said our goodbyes, wishing we had more time to get to know each other better. We hopped on the van, heading towards the site I was so looking forward to see: the Passage of Jabok. 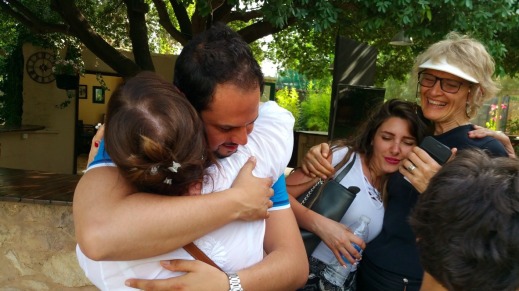