God had set plenty of special opportunities for us in the Biblical calendar to meet with Him. They are called Mo’ed or Mo’adim in Hebrew, meaning a specific Date. Each one with its unique rituals and significance.

Had we kept them according to His original design, they would have pointed towards the Messiah, and each one would have revealed a different aspect of His work on our behalf. But soon after our nation entered the Promised Land and settled it, most of these special dates have been distorted. Even when we celebrate them today, it is so far removed from the original plan. And thus, more opportunities to see Him are missed again and again.

Passover (Pessach) is certainly one of these. God’s invitation to meet with Him this season included three separate Mo’adim (Pesach, The Feast of Unleavened Bread and the Feast of the Waving of the First Fruits). Within time we lost all distinction between these three, and now, their hints of a hidden Angel who brought us out of Egypt (e.g. Ex. 14:19), of the sinless Messiah or of the waving of the first born Son towards heaven, have been completely drowned in some man made traditions.

In the mind of the average Jew, Passover is mostly a splendid meal for a multitude of participants and reading of the Haggadah – a booklet that was written centuries ago by rabbis, and is centered around their arguments. Haggadah means telling. Indeed, the Bible instructs us to tell our children the story of exodus. However, the traditional Haggadah has hardly anything to do with the Biblical account. Moses is not even mentioned in it.

Passover marks the beginning of spring.
Just couldn’t resist posting these pictures of the blossoming fields in the park near my house

During Israel’s exile in Babylon, the entire Biblical calendar was thwarted. The names of the months have been changed, and we went as far as ascribing a few of them names of Babylonian idols (e.g. Tamuz). Today, the Jewish year no longer starts on the month of Nisan (cir. April), but on Tishrei (September-October) instead.

A complex and brilliant rabbinical calculation, done on the 2nd century, ensured that the new moon would NEVER fall on a Sunday, Wednesday or Friday. This shift affects the entire year. Consequently, Passover will never fall on the same day that Christians celebrate the risen Messiah. This was intended to prevent a possible situation where a Jew, who may be waving the sheaf of First Fruits on the accurate appointed time, will never do it on the same day his Christian neighbor acknowledges the risen Messiah from the dead (and thus perceive a possible connection worth looking into). The official explanation has to do with the Fall Feasts, but the main reason is hiding any Jewishness of Yeshua.

I know this sounds complicated and somewhat unreasonable. The longer and more detailed explanation can be found in my book His Faces. For more information click on “His Faces” – new book now available

My point in this blog is to recruit prayer. As the nation of Israel is preparing for the coming feast, you can pray that somehow, behind all the well hidden hints and forgotten original commandments, we will seek the God that can truly deliver, the hidden Angel that brought us out of slavery, the First Fruit that rose from the dead. The time for the Jewish nation to look into the eyes of the One whom we have pierced is drawing near. 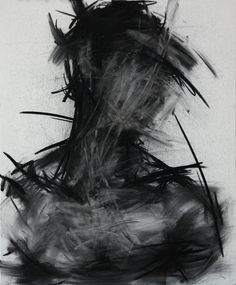 Have mercy on us, Lord. Forgive us for going so far in an attempt to hide you. Reveal the Jewish Face of your Son to us. Open our eyes and our ears, and melt the fat around our hearts, so that we will know and see and understand, and be finally restored (Isa. 6:9-10).

4 thoughts on “A Great Opportunity Missed”