While the Christian world wide lit their Christmas trees, the Chassidic Schools (Beith Midrah), where the ancient Hebrew texts written by the sages of old are taught 24/7, remained darkened and barren. Purposefully. The rabbinic students avoid studying Torah on that night, and pass their time playing chess or card games, studying foreign languages or even simply cutting toilet paper. So long as they do not study the texts. “Nittel Nacht” is the Iddish name of that night, that falls always, every year, exactly on Christmas Eve. 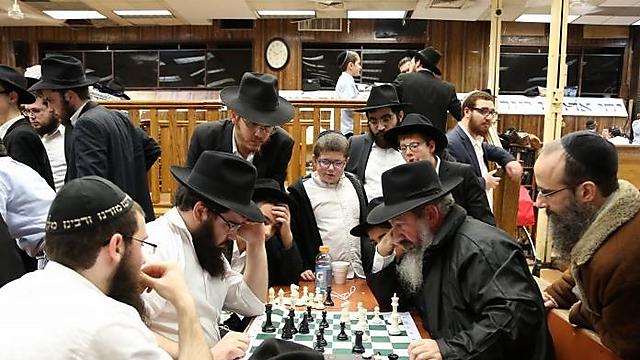 Chabad’s classroom on Nittel Nacht.
Some other Chassidic denominations may prefer
to go to bed early on Christmas Eve
(Photo: Amit Levi, COL)

The outcome? The Chassidic world, surprisingly, “celebrates” December 25th, but for reasons that are exactly the opposite of the Christian world.

Several reasons stand behind the halting of their studies specifically on that date:

The practical reason. In Europe, Christmas night was destined for persecution and attacks on the Jews. Most European countries forbade merchants from dealing with their Jewish neighbors that day anyway. The Rabbis too, preferred that their students shut themselves in their homes and not roam the streets in fear of attacks.

The mental reason. December 25 is attributed by the Rabbis to the birth of Christianity, not only of Christ. This is the same religion behind much of the destruction the Jewish people have endured over history, and so the Rabbis have turned this day into a day of mourning.

Spiritual reason. The Rabbis believe that evil inclinations are at full force that night, and so refuse to add anything positive to it.

So sad to see how much the Jewish identity of the Messiah is hidden from our eyes. But no matter how much we try to hide the One considered by our people as the greatest enemy, one way or another – this day ends up being centered around Him.