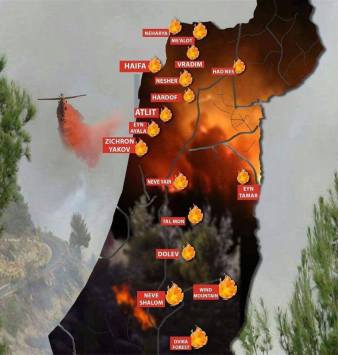 1,773 fires throughout the country, 39 of which required more than 10 separate teams working in unison to fight the flames;

It is suspected that 25 out of 39 severe fires were started by arsonists, so dozens of suspects are now under investigation;

Hundreds of houses burnt to the ground;

Tens of thousands of people evacuated from their homes;

About 180 people hurt and hospitalized, two of which were in serious condition and one in moderate;

The city of Haifa (up north) has sustained the most significant damage: 527 homes completely burnt to ashes in this city alone;

The cost to private citizens and the government will probably exceed $1 billion;

But above all – One God, who was not caught by surprise, and who has a specific plan for this nation, that will eventually reveal how even this new form of terror will serve His higher good.

Some of the fires burnt in extremely densely populated areas such as Haifa, where there is a vast array of dangerous material industries. Thank God, there were no leaks or damages to those plants, but the air there was extremely polluted, in part also due to the fire retardant materials that have showered the city from above for two consecutive days.

But the diligence and professionalism of the firefighters, combined with the extraordinary cooperation between Israel and the Palestinian authority, vast searches to find the arsonists and a clear declaration by Prime Minister Netanyahu that whoever is found guilty will be dealt with harshly, have all led to a lull.

As of now, we are having a rainy weekend, a blessed shower of water all over the country. It clears the air, fills up the water reserves and helps us all breathe better and stop scratching our skin. With nearly 10% humidity in the air for long days, most Israelis were walking around with dry lips and irritated skin.

Please keep your prayers coming. As people are going back to their homes and discover the vastness of the loss, the trauma they face can become a crossroad: will they look to the mountains and wonder where their help will come from, or lift their eyes up higher, to God, the maker of heaven and earth, who will not allow their footing to slip or be moved?

Our nation has seen God march before us in a pillar of smoke and fire, using that same pillar to separate us from those who seek to destroy us. We can pray that the pillars of smoke and fire, and the ashes and the destruction they left behind will soften hearts and cause us to recognize His mighty and outstretched Arm. 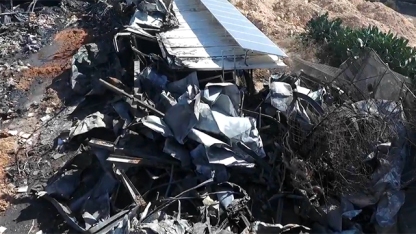 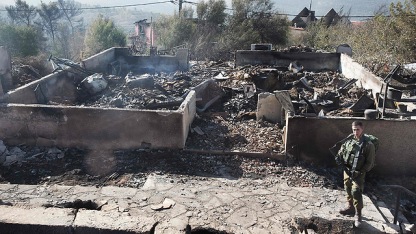 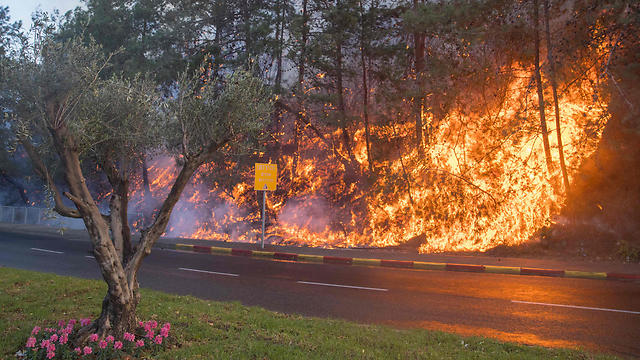 In my recent visit to the US, I shared a new insight God has given me in regards to suffering – the meaning of the word PGA – translated in English into hurt, suffering, hitting the mark and also intercession.

So many of you commented about understanding what we are going through in light of the fires raging in various parts of America as well. This is a perfect example of being able to stand in the gap based on personal knowledge and experience. I will share more about this in my next post.

In the meantime, here is a link to my youtube teaching about the subject of the connection between wounds and intercession.

2 thoughts on “Israel Ablaze – In Numbers”